skip to main | skip to sidebar

I don't have time for a full movie review, but . . .
I went to see Oliver Stone's W. last night. I had high hopes for the film, despite my hatred for JFK -- I really loved Stone's Nixon, a meditation not just on the presidency but also on memory, personal and public. But despite Josh Brolin's brilliant performance (it really is!) W. doesn't work for a few reasons:

The rushed editing job looks rushed. Trying to get it out before November, Stone apparently quickly cut the film. It's especially clear in the scenes of his youth.

It's entirely too oriented to Daddy complex. "You're a disappointment, Junior." "Jeb, Jeb, Jeb." We get it. His Dad was an aristocratic statesman, an Episcopalian who made measured decisions and tried to keep the personal out of the political. Geo, intemperate in all ways -with alcohol, with women and later, with religion - could never please his father, and probably still hasn't. He should have stuck to baseball -- we know it, his Dad knows it.

In the War Room, despite the Kubrickian homage, it isn't sure of its appropriate affect. Dick Cheney demonstrates on the map why we must take Iraq and occupy it endlessly (Ultimately to isolate Iran, the real target for Cheney-Rove, the film suggests), and then Colin Powell takes the stage. Over a score appropriate to an after school special, Colin Powell reminds us of the legacy of W.'s father, the basic decency of Americans, the democratic process, and the necessity to engage our allies (even if it takes six months to get a resolution through the U.N.) . . . all things I believe in, but I laughed so hard I cried.

Which brings me to the final reason it doesn't work: It wants to be a farce -- it never tries to explain this historical moment, despite the Daddy issues above -- and it succeeds in one moment, its homage to Bunuel's Discreet Charm of the Bourgeoisie. Bush and his compatriots, including Tommy Franks and Condoleeza Rice, amble down a long road, realize they've missed their path, and amble some more. One long shot looks like it was taken straight from the Bunuel. But we've already lived 2000-2008 as farce.

History repeats, Hegel tells us. Yes, Marx adds, the first time as tragedy the second time as farce. Already farcical, malevolently comic, we don't need the representation. If we want to laugh-cry-laugh, we've got the real thing.
Posted by abebech at 11:43 AM

In the Bloom Garden 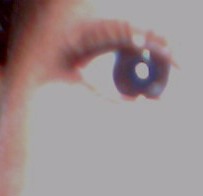